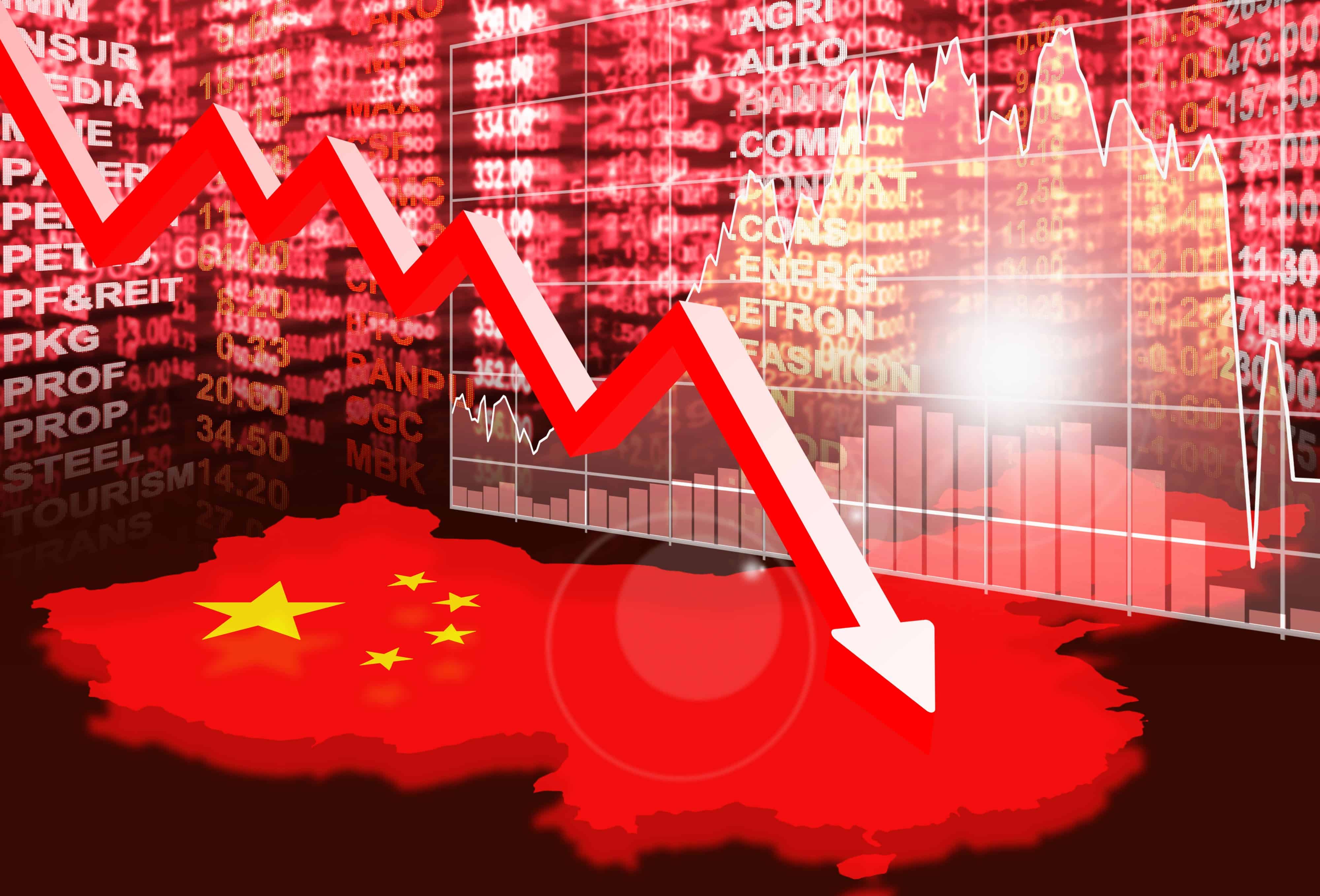 China’s economic slowdown was reflected in the disappointing results of construction machinery giant Caterpillar and a depressing forecast from chipmaker Nvidia. These global companies are massively affected by the slow nature of the economy currently prevailing in China.

Rodrigo Catril, a senior currency strategist at the National Australia Bank, said: “Caterpillar and Nvidia are not the first companies to blame China for their afflictions, but both companies are seen as industry bellwethers.”

“Caterpillar and Nvidia are not the first companies to blame China for their afflictions, but both companies are seen as industry bellwethers,” Rodrigo Catril, a senior currency strategist at the National Australia Bank, said in a Tuesday note. The outlook of both Caterpillar and Nvidia needs to be considered as important as they both can “provide macro global growth guidance from a business perspective,” said Catril. The comments from both Caterpillar and Nvidia company paints a very worrying picture. He also added that “Their disappointing results provide further evidence that this time China’s slowdown is for real.”

Caterpillar shares fell 9.1 percent after the industrial giant posted less-than-expected revenues for the fourth quarter. The company also released a statement that its sales reduced drastically because of the drop in demand from China. Shares of Nvidia also dropped, it experienced a 13.8 percent loss after slashing its fourth-quarter revenue from $2.7 billion to $2.2 billion. Nvidia said “deteriorating macroeconomic conditions, particularly in China,” impacted its demand for its graphics processing units.

Apart from these companies other major United States firm also reported slow down of their product sale. Earlier this month Apple CEO pointed out that it has cut its sales forecast due to slowing iPhone sale in China.

In a note, Tobin Gorey, a strategist at the Commonwealth Bank of Australia said ”Nvidia and Caterpillar highlight that, across a wide spectrum of businesses, China’s faltering economy is also having an impact on the US.” Based on figures from Goldman Sachs it is found that 59 percent of Caterpillar’s profit comes from outside of United States and nearly a quarter of its revenue is from the Asia Pacific region.

Economist believes that the slowing growth in China is due to the ongoing trade war between two of the world’s largest economies. The trade war “highlights a very fundamental truth about US-China relations” according to Gorey. Gorey also said “The two are unavoidably symbiotic. Both are huge influences on the world economy. The pair thus cannot separate themselves” adding to this statement “And the economic health of one correlates positively with the other. So if one inflicts pain on the other, they both eventually feel it too.” Earlier this year Chinese President Xi Jinping and U.S. President Donald Trump agreed to stop any further increase in tariffs on each other’s products. This was said and agreed for a 90-day period in which both countries would continue to negotiate a trade deal.

In December, U.S. President Donald Trump and agreed to halt any further tariff increases on each other’s products during a 90-day period in which both countries would continue to negotiate a trade deal.

Haibin Zhu, J.P. Morgan’s chief China economist and head of China equity strategy said in a report that “In the long term, China and the US are unlikely to regain their past relationship. The negative impact on trade, business incentives, and the acceleration in global supply chain relocation could be postponed due to the temporary truce, but are unlikely to disappear.”