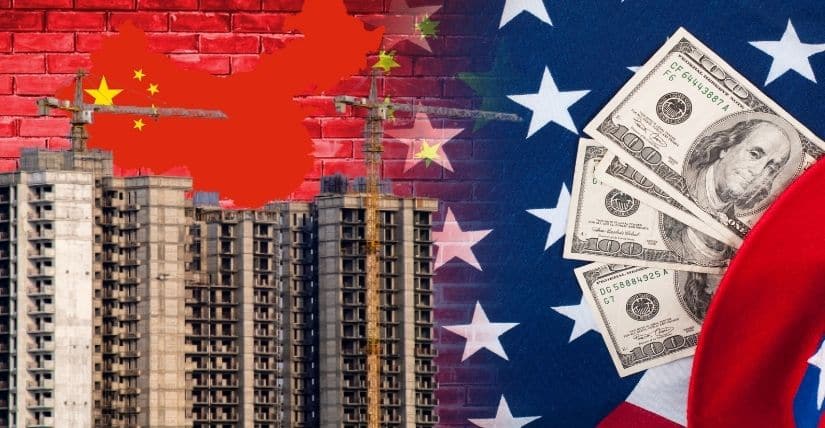 In the annual financial health check report, the US Federal Reserve cautioned that stress in China’s real estate industry might be risky to America’s financial system, citing recent worries about China Evergrande Group, one of the indebted property developers.

According to the US central bank, the ongoing regulatory check of corporate levels by Beijing can stress the property sector along with highly indebted businesses, resulting in spillovers to financial firms, added with a sudden real estate price correction, or less investor appetite towards the mainland city.

Given the economic scale of China and the financial system, as well as its extensive trading links with the rest of the globe, financial stress in China might pressure global financial markets, pose dangers to international economic development, and have an impact on the United States.

The announcement came after two months when Fed Chairman Jerome Powell dismissed the likelihood of Evergrande contagion in a news conference, saying the problem “looks extremely specific to China.

Evergrande, China’s property company, has labored under the weight of 1.97 trillion yuan (US$308 billion) with liabilities and has missed multiple interest payments on its overseas loans in recent months, adding to concerns about the property sector’s high debt levels.

Investors are still investing in Chinese property sector debt despite mounting fears, which have seen a steep drop in recent months.

The survey report by the Fed ranked China regulatory and property issues in the list of top three threats to US financial stability in the next 12 to 18 months, trailing only sustained inflation and Covid-19 strains resisting the vaccine.

Concerns about the escalation between US-China were also mentioned by market players as another risk that might destabilize markets, particularly in the Taiwan region.

The Federal Reserve warned that bad events in other developing market economies prompted by high-interest rates might spread to the United States.