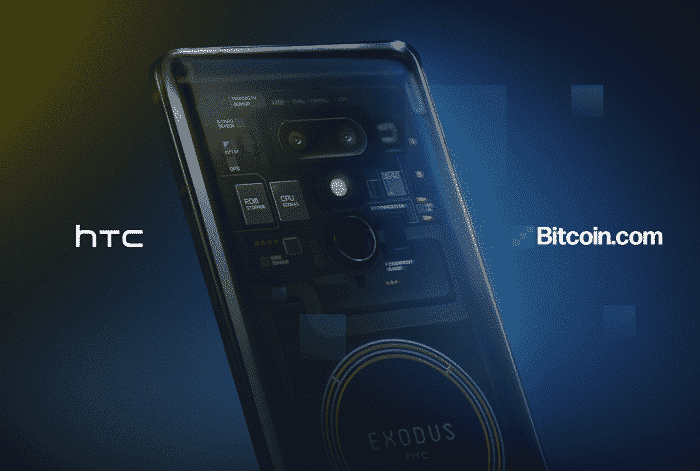 Bitcoin.com, one of the most influential and powerful names in the crypto industry, has announced that it has entered in a partnership with Taiwanese smartphone and telecom manufacturer HTC. The partnership will see the two giants drive innovation and adoption of crypto and related technologies.

HTC, one of the world’s leading manufacturer, has seen a decline in its global sales in the last few years and is actively looking for ways to keep itself relevant in the market. Known for its segment-leading innovation, the Taiwanese behemoth has now turned its focus on integrating crypto technologies with its smartphone, and its recent launches like the Exodus 1 are a testimony to the fact.

Bitcoin.com has been the driving force behind crypto innovation for a long time, and dedicatedly promotes Bitcoin Cash (BCH). HTC’s Exodus 1 is the first smartphone to provide built-in support for BCH, which would allow users to use the token without downloading the BCH Wallet. Therefore, the partnership between Bitcoin.com and HTC was quite a logical one. Especially after the former introduced its Badger crypto wallet on iOS devices, it was expected that it would soon join hands with telecom players having a head-start in crypto innovation.

“The EXODUS vision has always aligned itself towards public blockchains and its fundamental transformative nature of the future of money and the Internet. The Zion Vault is happy to support BCH natively in hardware for security to go hand in hand with the BCH blockchain as an alternative to dominant payment rails and platforms.”

The partnership has been brought in existence with a long term perspective, and with several plans in the pipeline, like offering discounts of smartphone purchases with BCH, selling HTCs Exodus series through Bitcoin.com’s web store, etc. Stefan Rust, CEO of Bitcoin.com, said that there are many similarities between the two partners, and added that the journey would be an incredible one. On the other hand, Executive Chairman Roger Ver said,

“Bitcoin.com’s partnership with HTC will enable Bitcoin Cash to be used as peer- to- peer electronic cash for all the EXODUS users around the world.”