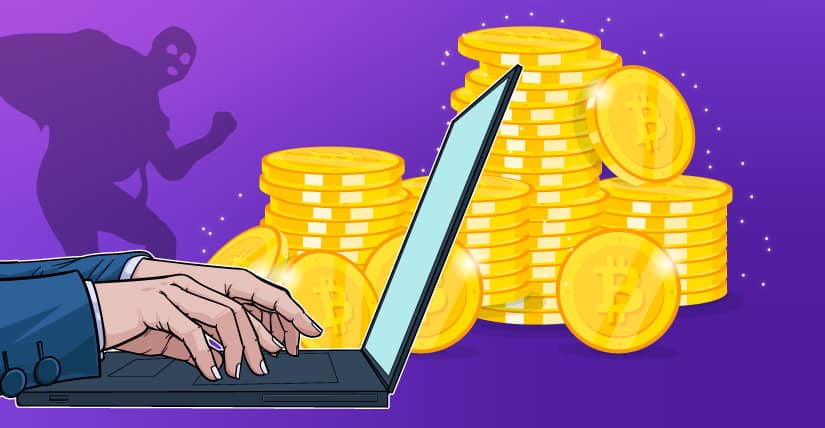 In 2016, Bitfinex, the exchange platform based in Hong Kong, received a blow it could never forget in a lifetime. The exchange platform was breached by some hackers who stole a whopping 119,756 Bitcoins from their reserve. The coins stolen were worth nearly 70 million dollars, making one of the biggest heists in the history of cryptocurrencies. Since then, Bitcoin has got itself a name as a store of value, and its price has multiplied unimaginably.

The addresses of the robbers were soon identified, and the exchange platforms blacklisted them, leaving no choice for transferring the stolen coins. There wasn’t any possibility to convert the funds into fiat money without the exchanges. However, we have seen smaller transfers from the exchanges to several unknown addresses over the years. In 2020, one of the largest transactions was identified from the blacklisted address, which transferred 1200 Bitcoins in different transactions to an anonymous wallet.

Now, just weeks into 2022, the blacklisted addresses have shown some activities which transferred 20,000 of the lot stolen from Bitfinex. The first transaction took place during Asian hours of the market, carrying as many as 10,000 coins valued at 318 million dollars. The recent tweet from WhaleAlert announces the miscreants have moved 20,000 bitcoins value at nearly 800 million dollars.

Earlier, the culprits moved Bitcoins worth 750 million dollars in April 2021. It means that robbers have moved the assets for the second year in a row ever since the breach took place. When the 111,756 were stolen from the Bitfinex platform, the market was forced to crash. Such a large sum in the hands of miscreants poses a great threat to the economy of Bitcoin. The stolen coins for today’s value would be worth nearly 5 billion dollars. Whether these transfers would impact the price of Bitcoins would be the burning question to be asked now. So, it is highly improbable to have any negative impact on the price as per the Bitcoin price prediction.

The breach had set an example for the crypto exchanges to fortify their security. Despite such a blow, Bitfinex managed to come back up and is currently providing an unparalleled level of security for its users. Since then, many technological improvements have made the crypto environment safe for trading.

The sum is capable of market manipulation, the hackers would likely split the coins into smaller chunks before cashing out. Bitcoin has climbed 4.5% and currently trades at 38,336 dollars. On the other hand, Bitfinex has been persistent in its pursuit to track the hackers down. The platform even offered a 30% reward for the stolen asset, which would be shared between the hackers and anyone who helps Bitfinex to track their address.

Everest Partners with Polygon, Delivers Regulated DeFi to the Internet of Blockchains