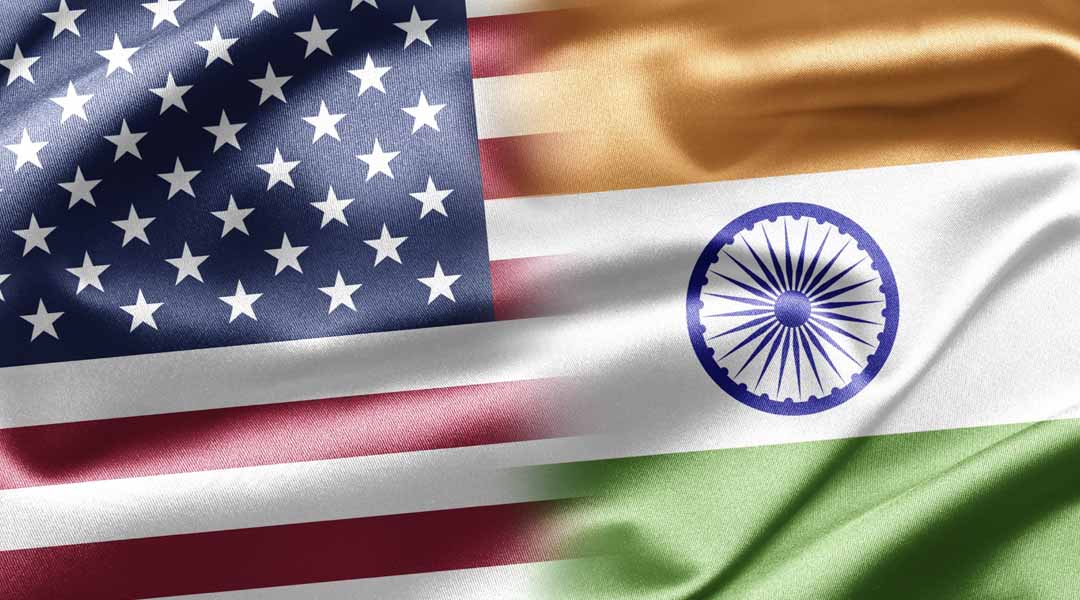 The US is trying to end the trade war with China, but pressure with another big economy is developing. US commerce secretary Wilbur Ross visit to India has been canceled due to bad weather. Ross was set to co-chair the U.S.-India CEO Forum with Indian Minister of Commerce & Industry and Civil Aviation Suresh Prabhu. With the trade discussion of about $125 billion a year on standby, it’s unexpected climate change that caused cancellation of the trip.

“Due to inclement weather, technical problems that led to the cancellation of his flight, and other logistical issues, Secretary Ross regrets he is no longer able to attend … in person,” a Commerce Department spokesperson said.

“He intends to participate in most of the sessions remotely and thanks our private sector and the government of India hosts for their continued partnership as we further strengthen the ties between our two countries.”

There is already a confusion building between India and America as President Trump “Buy American, Hire American” approach conflict with Indian PM Narendra Modi’s campaign to “Make in India.”

Trump is not happy on Indian duties on US goods, particularly on products like Harley-Davidson motorcycles, even though it’s not very clear that Harley is paying the tariff or not. On January, Trump also showed disappointment at India’s 150% tariff on imported whiskey.

He said: “India is a very high tariff. They charge us a lot of tariffs.”

The US administration now wants to put pressure on India. The Officials are discussing to remove India from a plan that allows it to export goods like jewelry, vehicle parts and electric motors worth $5.6 billion free of US tariffs.

The Generalized System of Preferences (GSP) is a tariff system which provides a formal method of exclusion from the general rules of the World Trade Organization (WTO). This system offers easy access to US consumers.

Washington gave a statement last year that it would evaluate India’s eligibility for the GSP system, after continuous complaints from US dairy farmers and medical device manufacturers that India’s tariffs have affected their exports severely.

Trump’s primary goals are to decrease America’s trade deficit. Last year India had exported goods worth more than $50 billion to the United States and also imported US products value about $30 billion while Modi’s idea is to create more foreign manufacturers in India. So, if it becomes difficult for India to access the US market, it would be a considerable concern especially when Modi started campaigning for a second time.

“The removal of trade concessions to the US could have further implications such as reducing the attractiveness of India as a manufacturing hub,” said Jason Yek, a country risk analyst at research firm Fitch Solutions. “This could weigh on the inflow of foreign direct investment over the coming years.”

It is to be noted that the US Trade Representative refused to comment on India’s removal from the GSP system.

But the United States administration may have a point, he added, On considering India as the world’s fastest growing economy.

“We’ve grown out of the developing country threshold that provided us conditional access to that system,” he said. “We may be able to get it one more time, or a couple more times, but I think the writing is on the wall,” Kathuria said.

The Generalized System of Preferences is not the only issue for India. India along with many countries severely hit by United states steel and aluminum tariffs which were announced last year. In contrast, India also announced its very own tariffs on US goods.

US-based organizations Amazon and Walmart which owns 77% stake of Indian largest electronic commerce company Flipkart, together lost over $50 billion in market value after new e-commerce rules in India restrict sales. The new laws and regulations implemented by the Indian government to create an equal platform between tech giants and domestic sellers. As a result of changed rules, foreign online retailers are now banned from negotiating exclusives on products, or from selling items via vendors they hold an equity stake in. Both Amazon and Flipkart are displeased about the government’s new e-commerce policy, and the companies petitioned the Indian government for extensions to the old regulatory regime, but the Department of Industrial Policy and Promotion (DIPP) has rejected the request. It is to be noted that the Amazon has invested more than $5 billion in Indian business, while Walmart paid about $16 billion last year for Flipkart. The US has been influencing the Indian government to relax the e-commerce rules and protect Walmart and Amazon’s investments in India.US-India business has struck by the e-commerce restrictions.

When there is enormous tension building between the US and India, the US government is unwilling to start another trade war following issues with China.

“I don’t think they’re going to escalate the situation to the point that they have done with China,” said Kathuria. “India has to be a collaborator and partner with the United States.”

“If there’s going to be a spillover from China to other markets to access the US market, then India is well placed to exploit whatever slack there is because of the trade war,” Kathuria said.