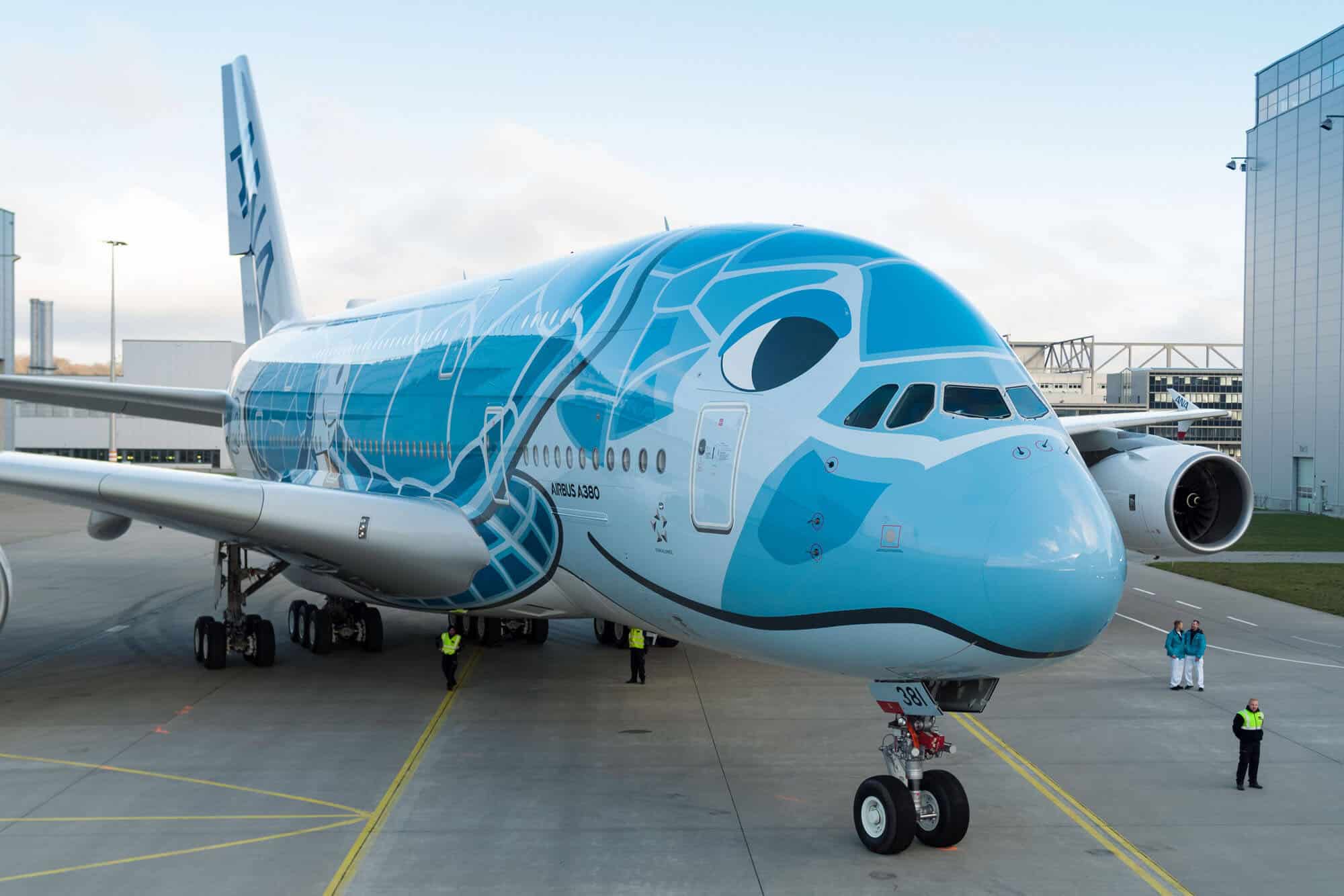 The Airbus A380 which is the largest passenger airliner in the world with a wide-body and a full-length double-deck which has the capacity to carry up to 550 passengers will be used by Japan’s leading commercial airlines the All Nippon Airways (ANA). The Japanese Airlines is among the few who have ordered these aircraft after being rejected by airlines over more fuel-efficient and smaller aircraft. The A380’s manufacturing will be stopped by 2021, and there will be about 250 of these double-decker flights flying with about 15 airlines.

ANA flying A380 flights to Hawaii

The ANA is betting big on A380, and it plans to introduce this luxury airline to fly tourists to Hawaii starting from May 24. The Tokyo-Honolulu flights will fly thrice a week and can carry 520 tourists on-board. It also plans to introduce two more A380’s in the month of August after it saw a spike in reservations for that route. The move to introduce the luxurious aircraft to this lucrative route comes after Japan Airlines (JAL) made more trips and money on Hawaii service than ANA. The JAL has about 33% share of the air travel between Japan and Hawaii when compared to 14% of that of JAL.

Japan Aviation Management Research chief researcher Yasuo Hashimoto said, “This is one of the few major routes where JAL dominates ANA, and if ANA can reverse that, it would be big. Their aim is to take at least part of the JAL’s share market.”

As part of the effort to reduce the dominance of JAL in that route, ANA is spending quite a lot of money on marketing. Hashimoto added, “ANA is spending a lot on advertising, so they will initially be able to fill the planes, but in the coming years it may get harder to consistently sell all the seats.”

Meanwhile, JAL welcomed the competition but said that it has an edge over ANA in this route as they offer multi-city flights from Osaka, Nagoya, and Tokyo to Kona and Honolulu. The JAL President said ‘we welcome the competition because it will expand the overall market for travel to Hawaii, our strength is that we fly to more than one city in Hawaii and Kona’.

Local officials in Honolulu are happy with the decision of the ANA to introduce these wide-length aircraft as it helps them to promote their vacation spot as a high-end one. Currently, the ANA is flying Boeing 787’s and using the massive A380’s. It is looking to give its business class-customers more luxury.