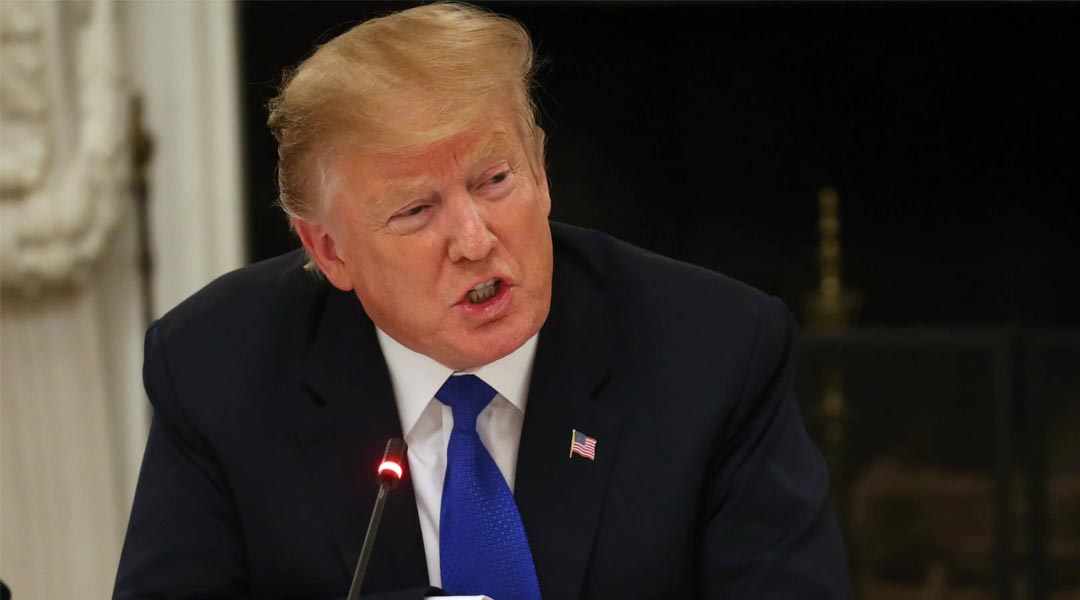 On Wednesday, the US President Donald Trump said that the trade talks with China are going pretty well and predicts that there could be a productive deal or no deal to take place between the two countries.

During a meeting in the Oval Office the US President said regarding the trade talks, “the negotiators are moving ahead with the talks, and the talks are all fine as of now; we will watch what will happen.” He further stated, “There could be a good progressive deal between the two or no deal, but I think so they are moving very good.”

Washington and China both are blocked with high negotiations to end the month-long trade war talk. Due to progress in the talk in the previous week, Trump decided to extend the tariff hike deadline which was supposed to be imposed by the US. The US wanted to increase the tariff hike from 10 percent to 25 percent on Chinese goods of worth 200 billion dollars.

Meanwhile, on Wednesday, the Commerce Department said that the trade deficit of US goods climbed high to a record in 2018 because of strong domestic demands which were due to lower taxes imposed on imports, in-spite of president’s tariffs and America First policies which were decreasing the trade gap after this statement the US president commented.

Trade talks between the two countries are taking place mostly through a video teleconference, and they are moving well, undersecretary for Trade and Foreign Agricultural Affairs, Ted McKinney informed it to a press call.

He also said that as of now a lot of negotiations are happening between the two world’s largest economic countries, and the talks are via digital video conference; the discussion seems to be all right and productive things are taking place. And at present, there is a lot of work to be done in putting their words on paper, either to create a contract or an agreement and that is the actual status of the talks.

The demands of US are clear that China should make necessary changes to their laws and should change practices to secure the intellectual property of US, stop the transfer of US technologies to Chinese firms and to allow US companies to access their domestic market.

Few people informed Reuters that there is a considerable amount of work to be done from both sides to reach to an agreement and in a way that ensures China that it will follow what it has agreed upon. The talks can still fail if there is no agreement reached on implementing the structural changes on the issues.

Apart from this Washington wants China to increase the purchase of US goods which includes manufactured products and farm and energy commodities to decrease the trade deficit of the US with China. The trade deficit of China is estimated to be more than 417 billion dollars for the year 2018.