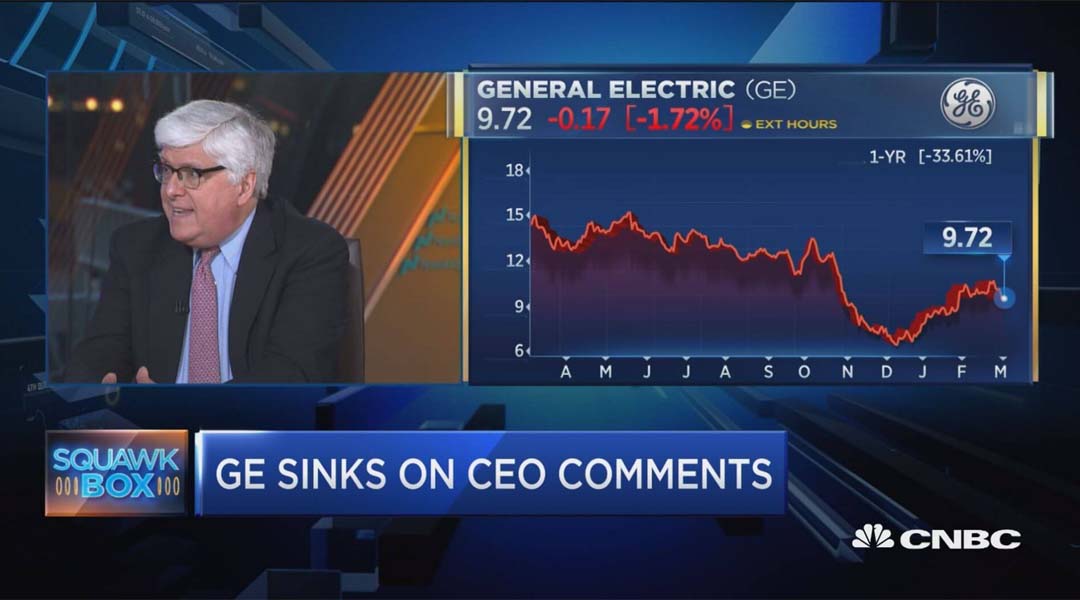 General Electric shares tanked on Tuesday after the conglomerate’s Chief Executive Officer Larry Culp stated that the free cash flow is going to be in the negative in 2019. Larry Culp made this assertion while on a conference call with an analyst at JP Morgan. Following that comment, GE shares tanked and went down by as much as 4.7% at close on Tuesday. The industrial free cash flow is one of the most important factors when it comes to figuring out whether a company is efficient or not. Free cash flow is the money that is left over for a company once all expenses and investments have been taken care of.

Usually, companies with free cash flow are healthier and deemed as better investments. Although GE did generate free cash flow worth $4.5 billion in 2018, it is going to go into negative territory in 2019 due to expenses. Culp is trying to stage turnaround for the American corporate giant, but this should come as an indication that he faces a tough ask. He said, “If we’re going from $4.5 billion in 2018 to what I’m framing as a negative territory in 2019 … it’s really a combination of operational pressure, power … renewables, and then the non-operational pressures that I’m calling ‘policy,’”

The JP Morgan analyst on the other side of the call was Stephen Tusa, who is well known for being an expert on GE and has been following the company for many years. In other words, as far as GE is concerned, he is one of the biggest authorities on Wall Street. In the past, Tusa had stated that GE’s most important businesses include aviation financing and leasing, which is apparently now on its last legs. According to Tusa, the business is going to be liquidated. On the conference call yesterday, Culp told Tusa that the company are trying to restructure a range of businesses which they operate. Culp said, “You’ve got a commitment from me and the senior team to continue to improve our disclosures. Full stop. We highlight restructuring in a host of different ways but what I’d like to have it be is more consistent.”

One of the businesses that have been in the dumps for quite some time is GE’s power arm, and according to Culp, it is going to continue to be a drag on the company for the foreseeable future. The power business is also one of the biggest reasons behind the company’s negative cash flow forecast for 2019.