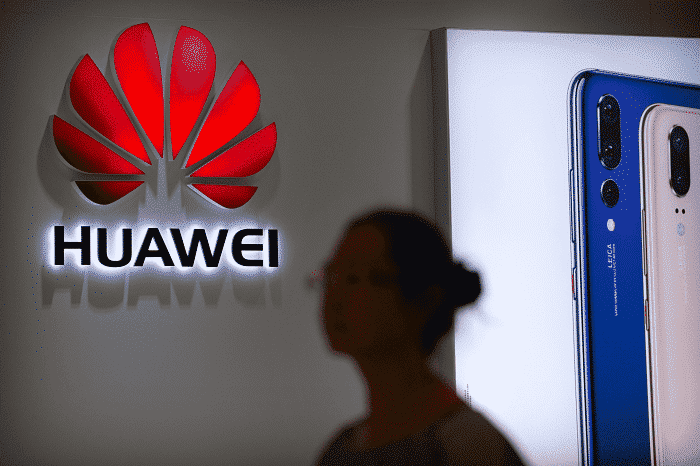 The document that was not made available in the public domain, mentioned that HSBC initiated the investigation process of Huawei back in 2016 to 2017, during which the bank was trying to get the DOJ to reject the criminal charges against Huawei CFO which was due to banks mismanagement over U.S sanctions, the report was published by Reuters.

These documents were later submitted to the US Department of Justice; hence the documents were used to file the case against Huawei CFO, Meng Wanzhou. She got arrested in Vancouver in December 2018.

Huawei Technologies connection with the front company of Iran led HSBC to start the internal investigation process; during the probe, HSBC discovered that Huawei, the Chinese telecommunication equipment manufacturer had maintained strong financial links with the company ever since selling the equipment unit, the document that the Reuters revealed stated.

US officials claimed that Huawei made use of Skycom to gain prohibited US technology and goods in Iran and to transfer money outside the country through the use of the international banking system. Meanwhile, HSBC and other banks released more than 100 million dollars of the transaction associated to Skycom via the US, this lead to a violation of economic sanctions which Washington had in place during the time of doing business against Iran. Skycom is a telecom equipment seller that operates in Iran and an unofficial subsidiary that helps for the execution of business in the country.

The Huawei CFO Meng stated that she had no connection with the telecom equipment seller company Skycom. The US officials have accused Meng of a conspiracy of cheating other banks and HSBC by providing a false relationship with the Iran Company Skycom. Huawei Technology had mentioned that the Skycom is just a local business partner in Iran whereas the US authorities say that, it is an un-official subsidiary that is been used by Huawei to cover their Iran business. Both have been charged against the wire and bank fraud and breaching of US sanctions in Iran.

Huawei technologies refused to comment over the allegations charged by the United States and have denied the charges leveled against them.

Spokesman of HSBC, Robert Sherman mentioned that in accordance to the formal demand the information was offered by HSBC to the Justice Department of US, which included grand jury writ or other charges to present information in accordance to a delayed prosecution agreement.

The HSBC documents reveal the financial information of the Huawei Company’s relation with Skycom. The internal investigation discovered that HSBC and other banks had placed their trust in Huawei and their statement; the company told them that, they had not violated the US sanction so as to carry out their business in Iran and they had no links with Skycom, the reports by Reuters mentioned.

The documents showed that officials carried out more than 100 interviews and they went through more than 292,000 emails and also studies various financial transactions. After the investigation process in a month, HSBC even thought of whether to carry the business with Huawei or not. Due to risk factors, however, HSBC bank continued to maintain its relationship with Huawei, the giant telecommunication equipment company of China. Although in 2017, HSBC informed Huawei to end the relationship with the bank.

HSBC Spokesperson informed, “HSBC is not under the investigation process, and it has been affirmed by the US Department of Justice.”

Meanwhile, the Huawei founder’s daughter and the CFO of Huawei, Meng has been freed on bail; in the meantime, US government seeks to accuse her and make wire fraud and bank charges against her.

Meng has iterated that, she is innocent and all the allegations charged by the US government are baseless, who is also the daughter of Huawei founder.

The HSBC documents include new financial details of Huawei and their ties with Skycom and details about the company Canicula Holdings Ltd, to whom the Skycom was sold in 2017, which is claimed by Huawei. All the companies mentioned above had their bank accounts in HSBC.

The investigation also found that Huawei had several links with these companies and Huawei itself used to manage Skycom and Canicula even after the sale, the document stated. The document also revealed that Canicula was funded by Huawei to acquire Skycom by offering almost 14 million of euros to Canicula as a deal. A year later Canicula Holdings managed to pay back Huawei the amount by using funds of Skycom.

HSBC had instructed Huawei back in 2013 to close the accounts of Skycom and Canicula, Huawei employees did help the bank. The document also mentioned that the remaining amount from the Skycom account was transferred into the Huawei’s bank account.

HSBC informed the Justice Department that, HSBC knew about Huawei’s link to another company apart from Skycom. Documents of 2016 August, mentions that the bank received a notification from British engineering recruitment company namely Matchtech Group Ltd, that the company had offered contractors to support the Huawei projects in Iran from 2010 to 2016. Matchtech is now known as Gattaca plc.

The HSBC documents also revealed that Networkers International Ltd, had communicated with Skycom and Huawei, the company had been paid in US dollars by Skycom. The total amount was around $7.6 million. In October 2016, Networkers did end the deal with Skycom, Matchtech informed HSBC.

The case is brought in such a time when there is high trade tension between US and China along with issues wherein US claims that China can use the Huawei equipment for stealing technological information and transferring. However, the giant telecommunication equipment manufacturer of China Huawei has repeatedly dismissed the allegations.