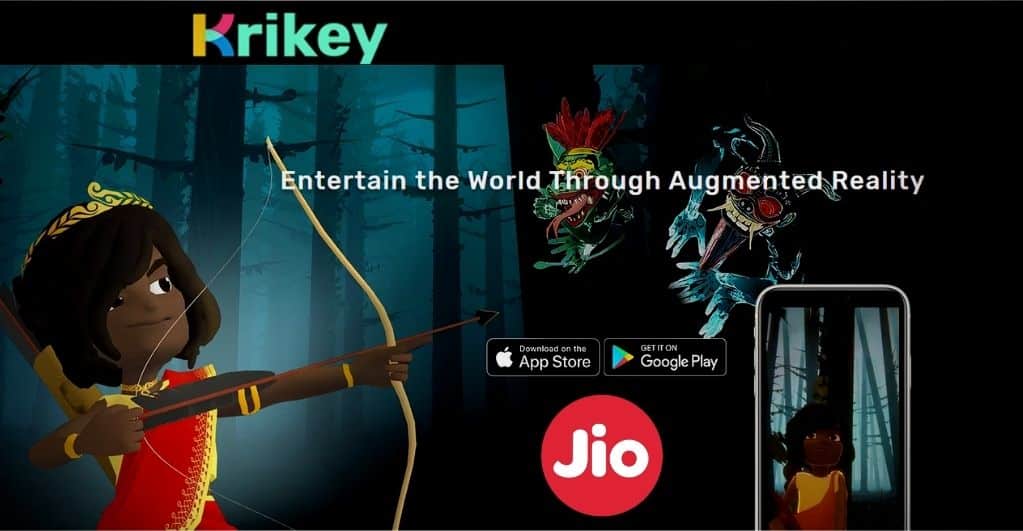 Hailed as one of the strongest Indian telecommunication firms, Reliance Jio has announced the launch of YAATRA, a mobile game that offers an amazing experience of Augmented Reality to Jio and non-Jio users. The telecom giant has led the Series A funding of iGaming entity Krikey to explore the potential of AI gaming and technology. The team of Krikey thanked Reliance Jio for supporting the funding round and released a Twitter post stating:

Thank you @reliancejio for leading our Series A and partnering with us to launch Yaatra! Game is now live on the Google Play and Apple App store! #DigitalIndia #jiodigital #AugmentedReality #India #womenintech #GirlsWhoCode

The newly-launched game, YAATRA, is a joint product of Reliance Jio and Krikey and aspires to bring a revolutionary change in the gaming sector via Augmented Reality. It comes packed with eye-catching features and thrilling gaming antics that teleport the players to an imaginary world full of adventure and drama. The players willing to play the game can download it from the Google Play Store or the Apple App Store. Krikey has pooled nearly $22 Million for its project.

The report clarified that the game would be available to both Jio and non-Jio customers but with certain features restricted to only Jio users. The Jio customers will have seamless access to the enchanting 3D Avtaar feature and gameplay tokens that will help them discover additional weapons and powers at different game levels.

Talking about YAATRA, Akash Ambani, the director of Reliance Jio, stated that his team is adamant about bringing the latest global technologies to the Indian market space. He added that YAATRA would explore Augmented Reality and will take the gamers into a world of their creation.

On completing the game, the users can share their personalized gameplay video with friends and relatives. They can also view the videos posted by other players. Right before hitting the real action of the game, the players can polish their bow and arrow skills on the digital training practice field. The Indian market has shown a keen interest in the iGaming sector, with PUBG ruling the hearts of millions of youngsters. After the sudden banning of Chinese apps by the government, PUBG Corporation has now decided to set a subsidiary in the country. It will launch a dedicated Indo- specific version of the thrilling product for the users.

US Firms to reconstitute Libya’s Economy and Infrastructure