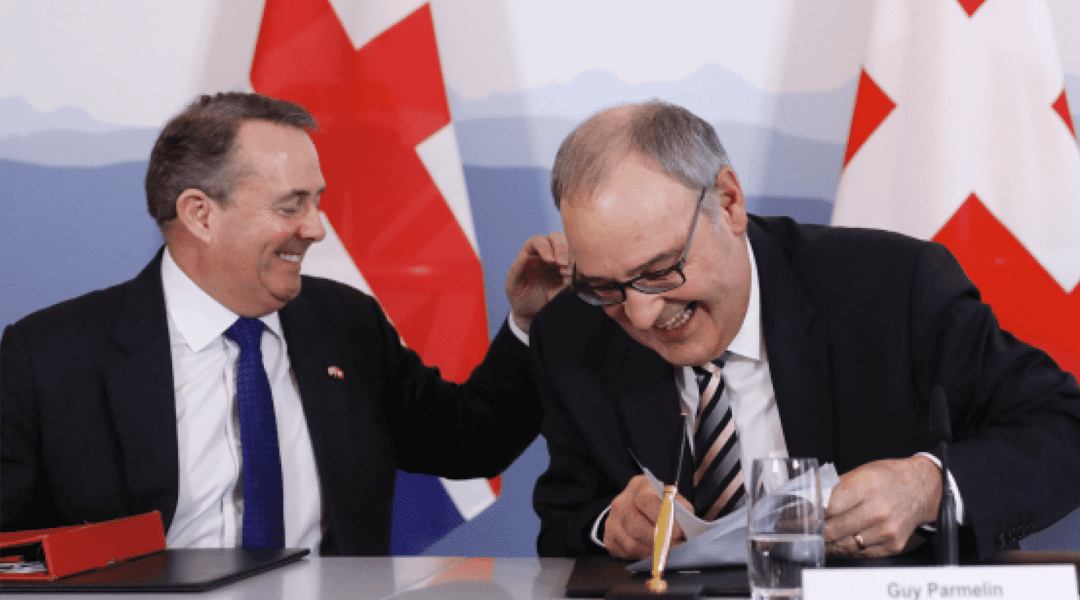 In a development that would come as a big boost for the British economy, the United Kingdom is apparently on the verge of signing a post-Brexit trade agreement with Switzerland. Ever since United Kingdom voted to leave the European Union (EU), the precarious prospect of negotiating individual trade deals with different countries has been cited as one of the biggest threat to long term well being of the country.

At the moment, the British lawmakers are at an impasse since the Members of Parliament has not been able to agree on the deal, which was agreed with the EU in 2018. The possibility of a ‘no deal’ Brexit looms large, and according to experts, it is a situation that the country must avoid.

There were fears that the UK was going to be worse off with those new deals, but the new deal with Switzerland must come as a big relief for the country’s lawmakers. The agreement, to be signed on Monday, preserves UK’s right to trade with Switzerland on preferential terms and it will be a vital trade relationship for the country because it is worth around $41.4 billion. The agreement had been agreed some time back, but it would be formalized today. However, it is important to point out that this is perhaps only a small step in UK’s target to preserve all the existing trade deals before it formally leaves the EU on the 29th of March this year.

Liam Fox, the international trade minister, released a statement in which he extolled the virtues of this agreement. He said, “Not only will this help to support jobs throughout the UK but it will also be a solid foundation for us to build an even stronger trading relationship with Switzerland as we leave the EU.”

Other than this particularly lucrative deal with Switzerland, UK is negotiating deals with a host of countries in the EU and the lawmakers believe that they will be able to replicate all the existing trade agreement before the 29th of March. Continuity of existing trade deals has also been announced for Israel. On the other hand, Australia and New Zealand have signed deals which have been termed ‘mutual recognition’ deals. Despite these developments, the prospect of Brexit and renegotiation of trade deals with key partners like Japan and South Korea remains a concern. Carolyn Fairbairn, the chief of the Confederation of British Industry said as much on Sunday. She said, “It will be the decisions that businesses take about jobs and investment – and they will reduce them – so you have less potential to trade globally, that will mean less investment in the future and that will mean fewer jobs in the future.”