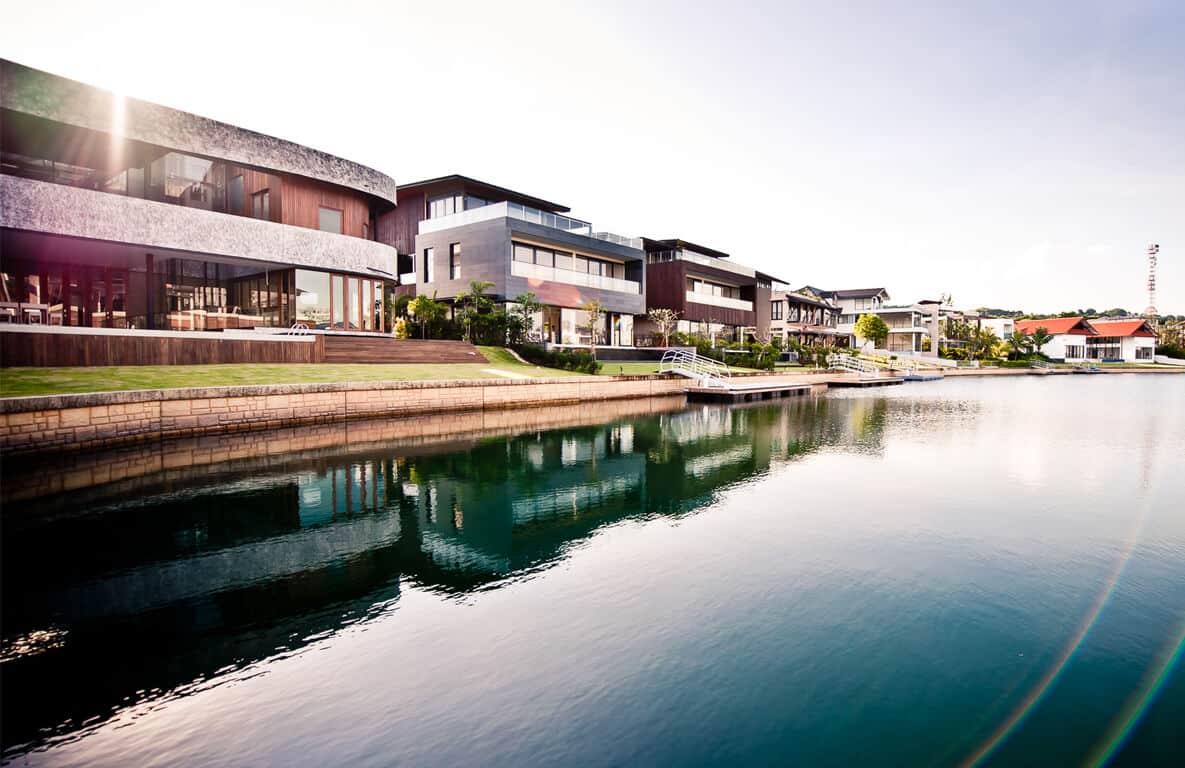 Sentosa Cove is known as the most desired address in the World. This place boasts a human-made island and the tallest building on it called the Cape Royale which was featured in a Hollywood hit movie Crazy Rich Asians. It has many luxury condos which has the best views of the South China Sea, but the downside of this story is that none of the condos is sold till date.

The Rise and the Fall:

Sentosa Cove was started as a project for the rich, but after 20 years of its launch, the hype has died down. It was thought of to be the Monte Carlo of Singapore, but with no units sold and only 80% of the units leased, the dream has been shattered. The property prices are down, and the government’s immigration laws have made it less lucrative for investors or buyers due to which sales are down. Sentosa Cove is the only place foreigners can buy a villa or a terrace, but the demand for it is down even at low prices due to cooling measures taken by the government since 2009.

Kwek Leng Beng who is a property tycoon in that area and is the head of CDL Singapore’s second-largest real-estate company has been forced to put forward a new vision for this property and call it the next Bali. After posting the fourth-quarter earnings, he said that the new vision is to attract visitors to the commercial part of Sentosa and allow those places to be used for building hotels or to use it for meetings and conferences and also promote it as the new Bali.

He said in a statement

‘Sentosa was touted when it first started for the rich and famous. Subsequently, her parents just forgot about this young lady. I would like to suggest that they should reposition it as the new Bali. You go to Bali now, it’s very congested. It’s got volcanoes, weather problems, flooding problems, and traffic problems. Why is it so popular?.’

The CDL had earlier made a deal with CIMB Bank and Blackstone Group in 2014 to raise money for building hotels, retails spaces, etc and was based on cash flow and the deal is about to expire in December. Thus there is a need for DCL to do something to bring back life into Sentosa and Sentosa Cave. The company said that it was working with its partners to unwind the structure in a favorable way before the expiry.

Due to the investments going into Sentosa there is renewed interest, and that means things could improve in the future.